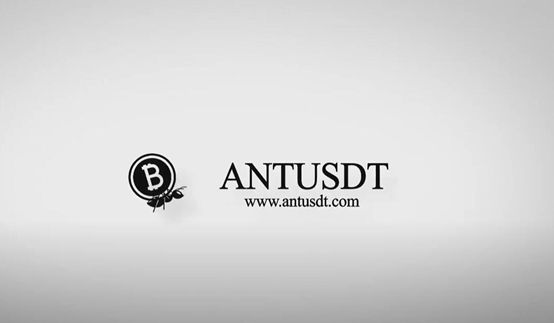 "Weak Anonymity" V.S the "Black Money", which one would users prefers? Digital currency is actually not completely anonymous (pseudo-anonymity), so the encryption mixer was born - ANTUSDT.

The digital currency address will not be linked to a real identity in real life, but if it is not done properly, it will. People can trace back to a particular transaction by associating multiple nodes in the blockchain, and then through the analysis of blockchain data and KYC/AML data, people can know who sent the transaction, and even include more details, such as location, reason of the transaction and so on.

The principle of coin shuffle:

What is coin shuffle?

Speaking of digital currency, it is easy to think of its two characteristics, one is decentralization, the other is anonymity. But the anonymity of cryptocurrencies is limited.

Although real-name authentication is not required, and the user's real identity cannot be matched by the address, the transaction on the blockchain is public. If someone deliberately looks for it, some clues can also be found through big data analysis, unless everyone is like Satoshi Nakamoto who is as cautious as possible.

However, there is a service that can provide users with sufficiently high privacy protection, that is, coin shuffle services.

Coin shuffle, as the name implies, is to mix coins from different issuing addresses and then send them out. Through this process, the correspondence between the output address and input address of a transaction is cut off, thereby better protecting the privacy of users.

In fact, the process of coin shuffle is like a lot of people throwing coins into the wishing pool. If everyone throws in coins of 1 yuan, then people can know how many 1-yuan coins who throws in at what time, but when the staff cleans these coins and sorts them out, people cannot tell which coin was thrown in by whom.

Since the Bitcoin blockchain is a public ledger, it records every transaction on the Bitcoin network, and after coin shuffle, it is impossible to know which incoming transaction should correspond to which outgoing transaction. It is difficult to find out where and how much the cryptocurrency of the trader is stored, which protects user privacy to the greatest extent.

Under normal circumstances, coin shuffle for multiple times, with a small number of coins each time, is better.

Cooperative merchants have paid a deposit equivalent to 25 BTC and a full liquidity deposit of more than 5 times to ensure zero risk in ANTUSDT business.

ANTUSDT creates a large-scale coin shuffle pool, which gathers the most circulating currencies on the market.

Join the cross-chain coin shuffle via authorization, their assets will be mixed with hundreds of thousands of cryptocurrencies around the world. Through countless asset interactions, the traces of funds of participating users can be completely concealed to achieve the effect that the ocean can bleach ink.

Join reciprocating acceptance coin shuffle via authorization, their assets will be on standby at any time for major merchants to call, during which their assets may switch between various currencies. After applying for the call, the user needs to press the "Re-exchange" button in the order on the coin shuffle details page.

Large merchants will restore their assets to the original digital currency within the specified time and pay the corresponding commission.

In the fiat currency world, this problem can be traced back to a real legal case in the 17th century. The conclusion of the case is that - if users receive a banknote involved in theft, the police will later investigate that the banknote was stolen and traded several times before it reaches their hand. In this case, the police have no right to Take this banknote from their account. The same is true for digital currencies. What does it matter if users receive a coin that is not stolen by them?